When you do a video call with more than one person behind the camera, things are getting difficult. Especially when ‘the others’ are your kids (running around and making noise). The answer to this annoying situation came in 2016, when Solaborate introduced the Hello. 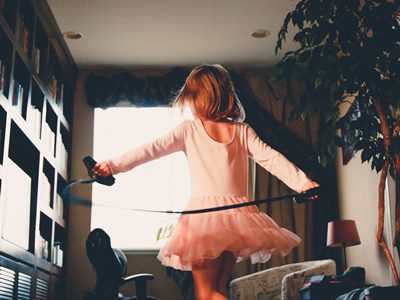 I was one of the first who purchased this interesting little device. I wanted to be sure that this thing really delivers what the company behind it, led by American Kosovar Labinot Bytyqi, promised. And I have to say, it almost did! You put the device on top of your tv, the camera shows your whole living room, and transports the sound of all your family members to grandma or grandpa at the other side of the world. It worked pretty good, although the sound was sometimes a bit too soft. And that was exactly why I was so interested.

‘Not only for your Skype conversation’

But Solaborate worked on this. The Hello 2 will be in October 2018 on Kickstarter, and seems to have a lot of improvement in compare with the first version. “The HELLO 2 will feature flawless sound quality with the new far-field microphones delivering crystal clear quality sound up to 20 metres away”, Labinot Bytyqi says. The new devices features four microphones and a 4K camera sensor, with an even wider camera angle than before. But it will be more than only helping your Skype (or for example Messenger) conversation.

“You can now also install any android app on the device, so you can use it for TV streaming apps, like Netflix, or even casual gaming, with android games on Full HD on the TV. And since many people will use it in the office, it also features extra stuff like a whiteboard function. Anyway, this could all be explained way better by the enthusiastic Labinot himself in the following youtube video: