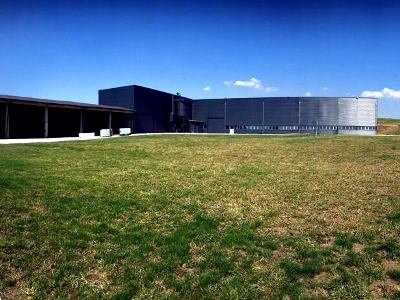 moves to the new location in Kosovo.

“Some companies in Kosovo might prefer to buy their products in Turkey, rather than let their products being made in Kosovo”, says director Henk Ebbers. “Therefore, I do have one message: buy Kosovar goods, so we will help each other.”

The foundry is located in the village of Fortesa, in the famous wine region of Rahovec, close to Gjakova. The Ebbers Group hopes to have a couple of dozens of workers in the near future.

“I would like to make a point here”, says Carel Brands of the Dutch embassy in Pristina, “the work of establishing the factory was done by Kosovar workers.

Kosovo offers very skilled workers, who are dedicated to their job. That is where you can be proud of.”

Director Henk Ebbers came in touch with Kosovo, because of the fact that 15 per cent of his employees in The Netherlands are originally from Kosovo.