The Global Entrepreneurship Week (GEW) Kosovo started with a kick off breakfast, gathering together all its partners that each year is growing, from 12 in 2013 to 28 partners this year, and every year looking for more.

By coming to an agreement that this week gives a chance to young people, with great ideas by helping them 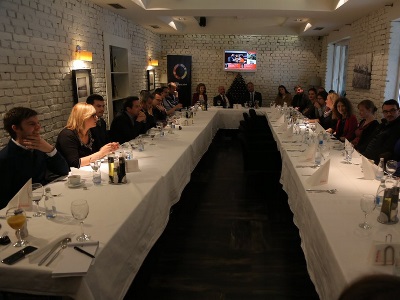 understand it, find a network, and show them some success stories and let them know there is not such a thing as a bad idea.

ICK, together with its partners, are offering numerous events that will let the youngsters understand the next steps they need to take to be an entrepreneur. But first, what they need is an idea.

The first event of the week started with a panel discussion by launching an Entrepreneurship HUB at the American University in Kosovo (A.U.K), hosted by its student government and on the panel with Uranik Begu (executive director of ICK), Michael Gold managing (director of Crimson Capital), and Besart Disha (executive director of Recura Finances). 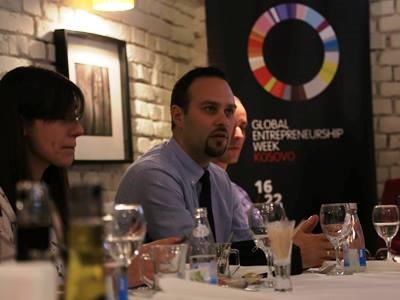 The main concepts that have been discussed is that young people in Kosovo have ideas and all they need to do is find the right finances, networks, and most importantly as Michael Gold said “when you know who you costumers are, and they are ready to pay for your product or service, than your idea is a good idea.”

‘As an entrepreneur, you need to be risky’

These ideas need to be something that solves problems and needs of the people. To bring this idea to life, you need finances. It’s a risk but there is a possibility that it can turn out to be highly worth it, because either way: money costs money. So as an entrepreneur, you need to be risky, dominated, and believe in your idea, because one day you will live with that idea, and this can mean that you will have to catch meetings or have less sleep. But you gave your idea life, and that will change a lot for you. 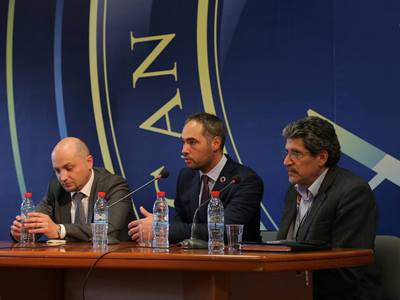 So what is your idea? What should you do with your idea? All these are questions will be answered in the next upcoming events. So you better be there.