Cosovo, have you ever heard of this country? I did not. The international way of writing the name of the new Balkan state is ‘Kosovo’. Or, as the majority of Kosovars prefer: Kosova. So far, no news. But, the fact is: thousands of people around the world search on google for Cosovo with a C.

Immediately, my thoughts are: do they make a spelling mistake? 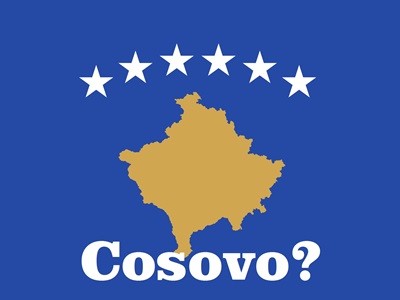 Or are people that look for ‘Cosovo’, originally writing in a Cyrillic script, or Chinese, or Arabic? In that case, they just don’t know exactly how to write the name of the country in the Latin alphabet. That might be it.

Also, a possibility is that some countries just write Kosovo with a C. Nothing wrong with that. One example is the Romansh language, which is spoken by 60.000 people in Europe.

Is Cosovo maybe something else?

A complete different explanation is of course that Cosovo does not have to do with the young European state, but that it is a brand or product in a specific country. People in place X might brush their teeth with ‘Cosovo’.

Anyway, if you have any idea, let us know by writing a comment below. And… last but not least: if you just typed ‘Cosovo’ in google and ended up here, this is the place where you can find all the information regarding the Republic of Kosovo.