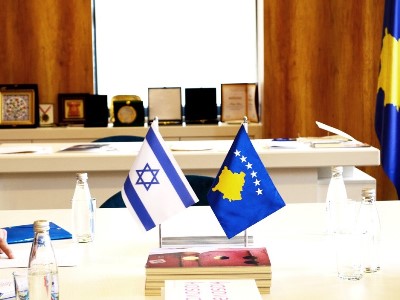 Israel and Kosovo will extend the cooperation between the two countries in economy, education and agriculture. This news was shared by the website of Foreign Affairs of the Republic of Kosovo.

Israel officials agreed with the request of Kosovo to commence procedures for establishing the representative office of the Republic of Kosovo in Israel. The office would have an economic character.

Israel doesn’t recognize the independence of Kosovo, but the relation between the two states is good. Acting minister of Foreign Affairs, Petrit Selimi, informed Israelian officials today about the signing of SAA with European Union, as a success of formalizing relations between Kosovo and EU. Selimi also spoke about the process of recognition and membership in international organizations.